Sanlitun Restaurants 🤩 A Worldwide Tour of our Favourite Eateries

Ready to discover the worlds best cuisine as we run down the best Sanlitun restaurants?

Everyone who has ever been to Beijing must have visited Sanlitun, and if you haven’t you’ll be going there without fail!

A favourite for expats and tourists that offers different types of fun activities with big shopping malls, luxury hotels and bars.

Today we would like to talk about Sanlitun restaurants that offer a whole host of worldwide cuisines!

If you are a foodie you will definitely enjoy the diversity of cuisine that Sanlitun has.

We’ve prepared the list of restaurants we think are worth a visit and hopefully our list will help you find something you will find tasty and yummy. Enjoy!

Top 5 Hotel Bars in Beijing for 2022 Today we’ll cover the best hotel bars in Beijing. These bars are not only beautiful high, end places, but they are also fun to be in. And, you don’t have to spend…

If you just say Sanlitun to your taxi driver, he’ll probably bring you to Tai Koo Li Shopping Mall.

If you want to go for Chinese food we’d suggest you go for more “Chinese” areas since Sanlitun is more of a tourist and expat zone and has better choices when it comes to worldwide cuisine.

Tai Koo Li has many restaurants but the one we want to drag your attention to is Hatsune Japanese restaurant.

When it comes to Hatsune we like it for the price and quality of the food.

Getting fresh and good quality seafood in Beijing isn’t the easiest task to accomplish but Hatsune bucks the trend with its yummy sushi and nigiri sets.

Price wise, a dinner for two might end up costing you 100 USD but you’ll definitely will enjoy the food and leave full and happy.

If you are a fan of Italian cuisine then look no further than this absolute gem.

Probably the best pizza in Beijing truth be told. Even our Italian friends agree.

The taste of the food and drinks makes our mouths water, even whilst writing this.

We won’t exaggerate if we say that all the Italians in Beijing love the place and enjoy the food that tastes like home away from home.

The pizza’s are top class but it’s much more than just pizza.

All the classic/staple Italian dishes are on offer. The owner is from Naples and you feel it in the food.

Also good for a birthday meal booking if you have a good number of people and just want a few good pizza’s! Must visit

When it comes to Carmen you’ve got to make your reservation in advance since they’re always full of customers, that tells you everything you need to know before we even begin.

Their sangria, live music and delicious food will make you feel like you’re somewhere in Spain.

The design of the restaurant is simple and cozy and they have some lovely outside seating in summer.

If you head further North of Sanlitun towards the embassy area you’ll find lots of amazing restaurants that will take you away from buzzing city noises of the very centre.

One of such is Athena and yes you guessed it right it is Greek cuisine.

They have an awesome buffet lunch offer Monday to Friday starting at around 11.30 am and finishing at around 2.30 pm.

Pay 80 yuan per person and eat all you can. That gives an opportunity to try different Greek dishes.

The design of the restaurant reminds us of Santorini Island and takes us away from smoggy Beijing from time to time.

Right next to Athena we’ve got Thai restaurant called Serve the people. What can we say about it?

The food is outstanding plus they have special teas and you have to be a tea fan if you are in China.

It is a perfect place for warm summer evening.

If you are a fan of Arabic food we’ve got you covered.

There is a restaurant called Al-Ameen. The best Lebanese food in Beijing is definitely served there!

It’s just further down the street where Athena and Serve the people are located.

Again, use the map for Athena

Insiders Guide to the Best Day Trips from Beijing If you’re looking to escape the city and are wondering where to get some fresh air then LTL has you covered with our top 5 day trips from Beijing. It’s amazing…

The music, atmosphere, design of the place is amazing.

Some of you may or may not be familiar with the concept of Georgian food, but we can absolutely assure you, even if you’ve no idea what to expect, it’s 100% worth a visit and does sometimes require you to book before hand – again showing it’s popularity.

The decor is smart inside and the inside area is spacious and comfortable.

The food is the best quality especially combined with Georgian wine.

If you try their khachapuri you’ll become a fan for life! Ultimately though, there are a whole wealth of great dishes to choose from.

Now we’ll talk about the south of Sanlitun where you can find different yummy restaurants right across the street from Intercontinental hotel.

First one we would like to highlight is Qmex. We’re sure there are no indifferent people to Mexican food.

Combined with great deal every week night it makes this place hard to resist.

Their famous Coronitas help us stay chilled during hot summer nights. Definitely worth a visit!

Last but by no means least in our list of the best Sanlitun restaurants is Home Plate BBQ.

From the name you guessed it. Home Plate is a BBQ place, perhaps the home of American BBQ in Beijing.

They have an amazing selection of barbecued meats, along with some mouth watering burgers and classic American sides.

The must try dish on the menu is their Pulled Pork which is great served with a side of American Corn Bread.

Everything is reasonably priced too!

Sanlitun Restaurants – A Few Outside of Sanlitun

There are a few cuisines that we were unable to include in our rundown of Sanlitun restaurants due to their location. But, we love these restaurants so much that we thought we’d still include them here.

Have a look below to continue your cuisine world tour, with some of our favourite places that are definitely are worth venturing outside of Sanlitun for.

Just northwest of Sanlitun is this great brew pub that serves up some traditional British pub classics.

They do a fantastic Fish and Chips that is completed with their own homemade tartar sauce. Other British favourites available are Bangers and Mash, Steak and Ale Pie and on the weekends a Full English Breakfast.

But, the jewel in the crown has to be their Sunday Roast, being the only place in Beijing where you can get one.

This is so popular that it is only available by booking in advance and at 128 CNY it is a bit on the pricey side. However, with freshly made yorkshire puddings on offer it is certainly worth it!

In the style of a Russian tavern, they offer a wide array of traditional Russian cuisine. If you’ve never tried Russian food before, it is definitely worth a try, especially given the very reasonable prices.

Make sure to give their Borscht and Chicken Kiev a try. As expected, to accompany the food there is also copious amounts of cheap Russian vodka on offer.

Just west of Sanlitun is the closest you will get in Beijing to a traditional Irish pub: Paddy O’Sheas.

They have a great selection of Irish classics on their menu, which can be washed down with a glass of Guinness.

They recently updated their menu, which was designed by a chef who trained and worked in Ireland for a number of years, so you can expect some top class Irish food here!

We would recommend trying the Irish Beef Stew or the Jameson Cream Chicken.

Northeast of Sanlitun is the amazingly authentic French Restaurant Bistro 108.

The best thing about this place is that they do high quality French food for an affordable price.

On the menu are French classics such as Duck Confit and Foie Gras.

They also have some delicious French desserts, the Chocolate Fondant is a must try!

So there we have it – around the World, in Sanlitun Beijing and beyond!

Beijing is a huge city and of course there are lots of restaurants we haven’t tried.

That said, if you are in Beijing and feeling homesick, or just feel like trying something different from Chinese cuisine then trust us, this list is complied by LTL’s biggest food fans!

Cost of Living in China 2022 | The Complete Guide

Cost of Living in China (for 2021) can vary hugely. Here’s our complete guide to the cost of living in China and which are the most expensive cities.

Are there all kinds of cuisine in Sanlitun, Beijing?

Absolutely. There are a plethora of worldwide cuisine from all four corners of the world in Sanlitun.

Yes, although there is no Beijing Metro stop currently in the heart of Sanlitun (that will change) Tuanjiehu is a short walk from the central part of Sanlitun.

Is Sanlitun nearby either Beijing Airport?

Sanlitun is very far away from the new Daxing airport, but still comfortably accessible by Metro.

As Sanlitun attracts many foreign expat groups, eating and drinking in Sanlitun will be more expensive than other areas of Beijing.

Are there many hotels in Sanlitun?

Yes, there are a huge number and most of Beijing’s luxury hotels will be located in this area which includes one of Beijing’s most famous buildings, the Intercontinental Hotel.

We give plenty of handy information on learning Chinese, useful apps to learn the language and everything going on at our LTL schools! Sign up below and become part of our ever growing community! 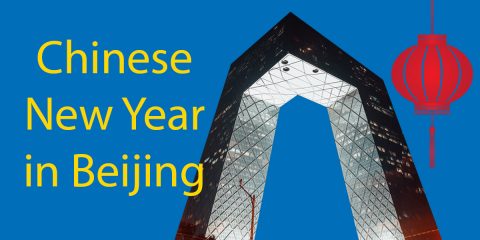 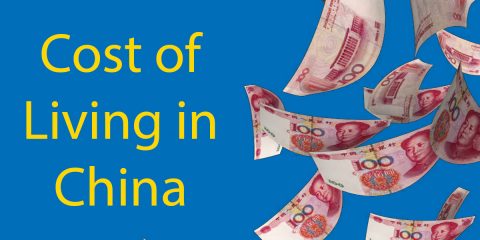 Next Post Cost of Living in China 2022 | The Complete Guide