Join 30,000+ others and never miss out on the latest news, learning tips, and offers. 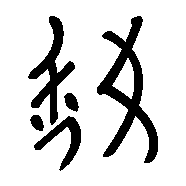 Nüshu – the Secret Script, but what is the use?

Scientists and experts are still debating the exact reason why the Nüshu script was created. Was the reason for its emergence a society deeply segregated by sex or was it – as local legends claim – first written by an imperial concubine in the 11th century? Well, no one knows for sure! But experts nonetheless agree that it is an extremely interesting script worthy of our attention. Let’s see why!

The women of Jiangyong county in Hunan province invented a secret script called Nüshu – literally meaning “woman’s writing”. It is the only script in the world which is specific to women, meaning that no man could read or write it.

For many centuries, women did not have access to formal education and they developed the Nüshu script in order to communicate with one another. The script was embroidered into cloth and written in books, letter and on paper fans. And although experts first believed that Nüshu was a secret language only used by women to communicate, the most recent findings show that men actually probably knew about it and could even understand it if they heard it being spoken. But – how predictable – they usually weren’t that interested in a script only women used.

The script was even called ‘mosquito writing’ because of its elongated characters. Unlike Chinese, Nüshu is a syllabic script containing approximately between 600 and 700 symbols. Many Nüshu characters are based on Chinese characters, but some are modelled on embroidery stiches and designs. Women would usually use a bamboo stylus to write on paper, cloth, and fans.

Although it is mostly modelled on Chinese, the differences are sufficient enough to make the script unintelligible to anyone not familiar with Nüshu. The script’s characters are also thinner and more elongated than those of the Chinese language and are written from top to bottom.

Since the writing wasn’t standardized, every writer often had her own distinctive style and wording. There are approximately 500 known texts written in Nüshu.

The script was used for writing various texts, from poems to autobiographical narratives. It was very often used to write down the so-called “third day missives” or San Chao Shu (三朝書) booklets. These booklets were usually created by mothers for their daughters before the daughter’s marriage. Nüshu was used in many ways and often for documenting various phases of women’s lives – women would write letters to each other, as well as poetry, prayers, even lengthy biographies. This is one of the reasons it is so valuable to researchers – often melancholic in tone, this script provides an insight into the daily lives and the culture of women and girls of that time.

Although women from higher classes had some access to education, it was very rare to find such texts from peasant women. It is exciting to study a script which was used to write down women’s narratives in a deeply patriarchal society, one in which women had to follow “the three obediences” – to their fathers, their husbands and their sons. Bearing that in mind, the following translated verses originally written in Nüshu are especially powerful:

Holding my brush to write this letter, two streams of tears flow.

Of the thousand hardships I’ve suffered, nobody knows.

If you wish to hear more from LTL Mandarin School why not join our mailing list. We give plenty of handy information on learning Chinese, useful apps to learn the language and everything going on at our LTL schools! Sign up below and become part of our ever growing community!

Matea is a freelance translator, journalist and blogger based in Beijing with a strong interest in Russia and China. Her spirit animal is a cup of Joe.