The new Beijing Daxing Airport is open and it’s impressive beyond words!

Before we get going, let’s take a look inside Beijing Daxing Airport with Campbell and Max (featuring their helper Bianca)

China generally pulls out all the stops when trying to impress the world with its new structures, whether it be high-speed rail, skyscrapers or now, airports!

Beijing Daxing Airport is absolutely no exception. Inside and out, this airport is a masterclass in design, structure and accessibility, as you are about to see…

Where is Daxing Airport

What to eat at Daxing Airport

Get from Daxing Airport to LTL Mandarin School

Get from Daxing Airport to Beijing City Centre

Beijing Daxing Airlines (as of December 2020)

If you’re wondering why the new airport has been nicknamed The Starfish then all you’ll need to do is look at an aerial view of it...

Designed by Zaha Hadid the airport is made up of 5 connecting concourses with bright orange roofs making it resemble a Starfishes’ arms.

If that sounds like a lot of gates to travel through to board your flight, don’t worry it only takes a maximum of 8 minutes to travel to any gate once through security.

So despite the size, the design is purposely efficient, meaning your airport experience is a smooth one, even if you are at the dreaded furthest gate!

Fact #3: The airport code for Beijing Daxing Airport is PKX

Make sure you don’t get the code mixed up with the one for Beijing Capital Airport which is PEK.

Otherwise you’re in for a long journey to the other side of Beijing!

Beijing Railway Stations for 2022: North, East, South or West? Getting the high speed rail is probably one of the best ways to explore the middle kingdom. So, you’ll probably be spending a fair amount of time in a Beijing…

Yes, that seems like a crazy amount of money, but as Beijing Daxing Airport is expected to become the busiest airport in the world it looks like that investment is going to pay off.

How busy you ask, get this:

45 million passengers are expected to pass through Daxing Airport by 2021, four years later, 72 million will head to Daxing, and around 100 million by 2040.

Although the new airport is located quite a bit further away from central Beijing than Beijing Capital Aiport, a new Airport Express Metro Line means it’s still easy to get to.

If you walked straight, from this exact point, you are given the distances.

Fact #6: Daxing will have the initial capacity of 300 take-offs and landings an hour

And that’s just the start!

The airport currently has 4 runways with plans to expand to 7.

The airport will make the air traffic in Beijing much more tolerable, with more and more flights coming from PEK to PKX, allowing Beijing to welcome more flights and passengers than ever before.

Where is Daxing Airport?

Daxing Airport is located south of Beijing in the suburb, funnily enough known as Daxing.

The location is quite a distance from the centre of Beijing in comparison to Capital airport which is perhaps more conveniently located in the area of Shunyi (where many International schools and English teachers are based).

Here are some key numbers:

Daxing Airport is 57.8 kilometres / 36 miles south of LTL Mandarin School, below is a map illustrating the route in a car from Daxing to LTL, which would take an hour (take this figure with a pinch of salt given the inevitable traffic that you will probably stumble across.)

What to Eat at Daxing Airport?

No surprises that Daxing Airport is fully equipped with food and drink of all kinds.

The airport spans over 4 floors in total and each one is equipped with plenty of big hitters giving you plenty of choice.

Daxing isn’t just an airport, it’s a place Beijing wants you to feel comfortable in, somewhere you can actually enjoy your time.

Airports can be stressful, rushed, awkward, and irritating at the best of times, especially in a city the size of Beijing… Daxing Airport aims to take that feeling away.

Here’s some recognisable brands you can enjoy at Beijing Daxing Airport:

In fact, the airport hosts over 100 different places to eat and drink so your choices are wide. Enjoy!

How to get from Daxing Airport to LTL Mandarin School Beijing?

How to get from Daxing Airport to Beijing City Centre

NOTE – We are using Tian’anmen Square as the “City Centre” of Beijing.

For a completely up to date list please visit the Daxing Airport page. It’s also important to note that some airlines such as Air China operate from both of Beijing’s airports so make sure to check which one your specific flight is operating from.

Sign up below and become part of our ever growing community! 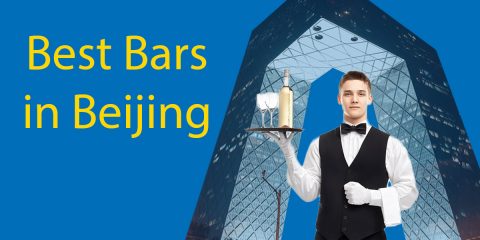 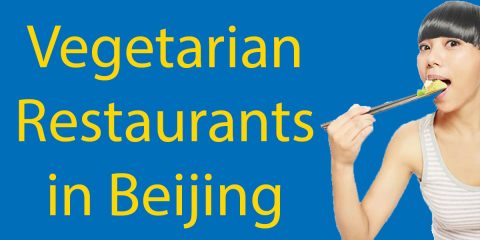 Next Post Vegetarian Restaurants in Beijing (2022) 🥦 Your Complete Guide